Skip to content
Turn Back Covid-19
You are here : Home / English / The Calamitous Lies of Adulthood

The Calamitous Lies of Adulthood 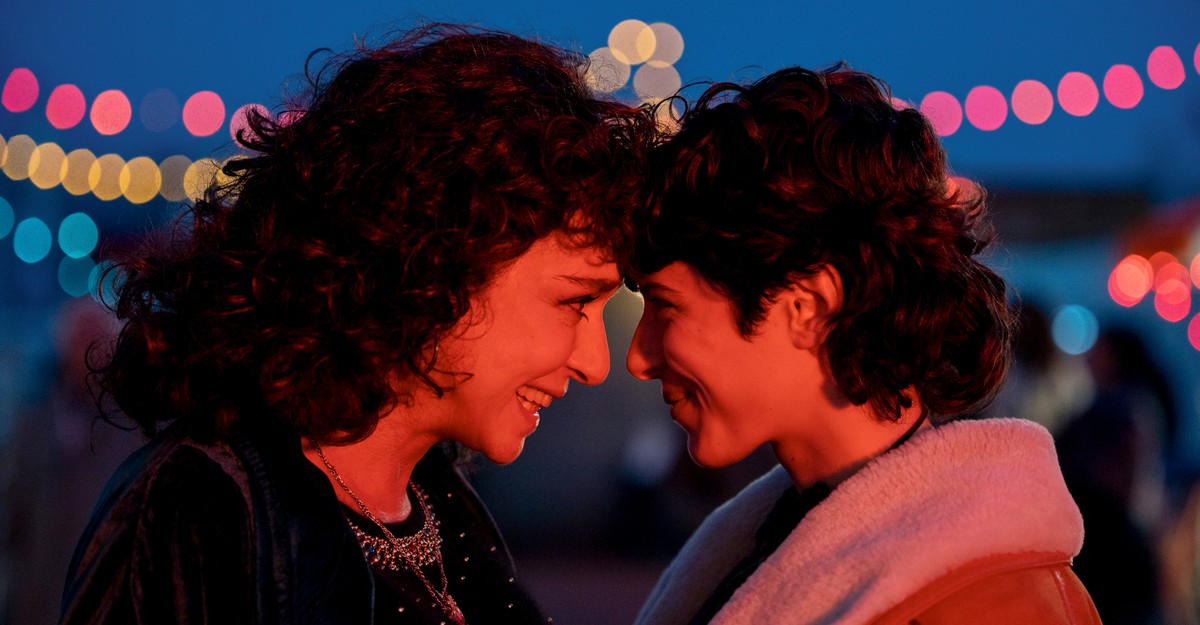 In Elena Ferrante’s The Lying Life of Adults, the narrator—an adolescent girl named Giovanna—begins her story by recounting the time she heard her father tell her mother “that I was very ugly.” This statement is technically untrue, and an introduction to the novel’s tricky manipulations. What she actually overhears her father say is that she’s “getting the face of Vittoria,” his estranged sister. For Giovanna, who lives like a princess in a rarefied hilltop district of Naples, Italy, Vittoria has long had the dark allure of a fairy-tale villain: She lives in the bowels of the city; her face has been meticulously erased from all family photos; she’s legendarily as ugly as she is spiteful. And, like a witch or a magic mirror, she commands an unsettling power. In a world where everyone elegantly lies by default, Vittoria speaks the brutal, destabilizing truth.

The novel is a coming-of-age tale in which becoming an adult is defined as learning how to lie, how to smooth facts, events, even oneself into a more prepossessing form. The story exists in the space between opposing poles: wealth and poverty, innocence and experience, truth and fiction. When Giovanna finally meets her aunt, she’s struck by her physical reality. “Vittoria,” she observes, “seemed to me to have a beauty so unbearable that to consider her ugly became a necessity.” The reader’s uncertainty in this scene is key to our understanding of Giovanna—she tends to recount impressions of people and events, offering fragments and conclusions rather than a comprehensive picture.

This narratorial device doesn’t quite work on television, with its straightforward visual imagery and inexorably corporeal actors. (You could show glimpses of Vittoria, to match Giovanna’s descriptions of her large mouth, her gums, her warm chest, her insolence, but the result would probably be intolerable.) In adapting the novel into a new series for Netflix, the director Edoardo De Angelis tries to emulate its essence a different way, through vibes. Rather than write Giovanna’s lengthy narration into the script, he focuses on her face, so much so that roughly half of the show seems occupied with the angular features of the 19-year-old actor Giordana Marengo, who plays her. As if to mimic the inconstancy of Giovanna’s mind, he and the writers (Ferrante is credited as one of them) often explain very little of what’s happening onscreen. A score comprising odd organ notes, what sounds like applause, snippets of poetry delivered in a sibilant female voice, and synthesized drumming makes for a strange, syncopated backdrop.

The result is moody, striking, and languorously slow, six hour-long episodes that manage to stretch out a novel in which not much happens at all. At times, it’s maddening. But it’s also stunning in a way that nothing has really been since Mad Men, with each frame its own tightly composed showpiece. Giovanna’s parents, intellectual-teacher types, live in a mid-century modern apartment that’s as sleek as a 1950s cruise liner: wood-paneled and narrow, festooned with the books and art of the educated upper-middle class. Colors suggest secret alliances; shots linger on faces a beat too long. When Giovanna discovers the pictures from which her aunt’s face has been erased, we’re shown her reflection in two different mirrors, as if to signify that her alliances are being split, her identity ruptured.

HBO’s adaptation of Ferrante’s Neapolitan quartet, while extraordinary, is much more straightforward. In that series, both violence and poverty are real and tangible. But the violence in The Lying Life of Adults is metaphysical: Characters injure one another more existentially, in ways that gnaw at their psyches forever after. In the Neapolitan novels, Lila experiences a recurring, migraine-like state she calls “dissolving margins,” in which the boundaries between people and objects seem to blur and fray. Giovanna seems to experience the same calamity, but in her case, the actions of the people around her specifically erode her own sense of self, leaving indelible marks behind.

It’s easier to describe what happens over the course of the show as a series of scenes than to try to recount it in synopsis. Giovanna forms a relationship with Vittoria (played by Valeria Golino, the ’80s bombshell from Rain Man, Hot Shots!, and Big Top Pee-wee, whose insouciant menace is a thing to behold). She endures a parental betrayal. She’s banned from school after stabbing a harasser with a pencil. She falls in love. Throughout, the things she experiences seem less significant than what she learns: that lies, particularly the lies we tell ourselves—who we are and what we want—can be a kind of self-definition. She plays with different interests and attitudes—Catholicism, sexual adventurousness, kindness, aggression—as if she’s an actor trying out characters, or a novelist playing with scenes until they fall perfectly into place. (Ferrante herself is arguably the most magnificent lie of all, a literary construct whose mystery only makes her fiction seem truer and more potent.)

The moments from the show that I’ve thought about the most since watching it have no dialogue; they’re slightly surreal and laden with tension. In one, a thunderstorm interrupts an outdoor family dinner, and while the women flee, Giovana’s father and another man stay rigidly seated in the deluge, staring at each other. In another, as a community event unfolds, a group of flag-waving seniors hum a communist anthem and march placidly while a group of men on the sidelines beat one another with baseball bats. These scenes, confusing and absurd, perhaps convey what it’s like for Giovana to experience the adult world for the first time, when everything seems thrilling and alarming in equal measure. If, in the process, we lose some sense of the character, who’s much more sullen and enigmatic than her literary counterpart, what we gain is an exhilarating sense of what lies and art can both do at their best: clarify reality by playing pretend.